SA economy could be the winner if online gambling is legalised 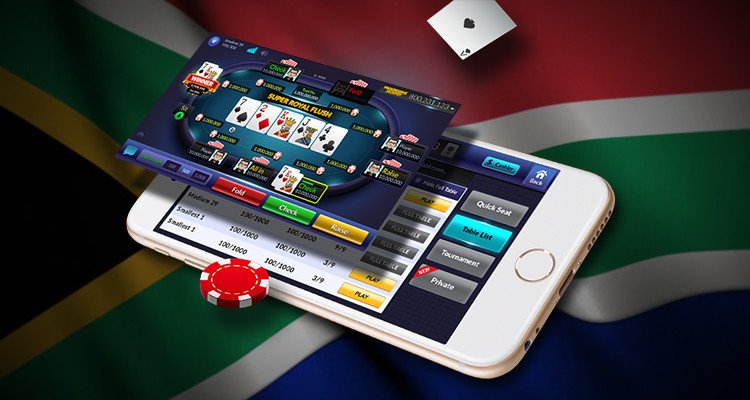 Only 40 casinos are legally licensed to operate in South Africa – the traditional kind, the brick and mortar type. All other casinos are considered outlaws – whether online and otherwise. But the black market doesn’t play by the rules. And its gamble is paying off, handsomely.

Illicit gambling is gaining momentum, and the National Gambling Board (NGB) says it is the darkest cloud hanging over the industry at present. It is slowly eroding the revenue streams of legitimate operators.

Although the underground nature of illegal gambling makes it hard to get actual figures, it is thought to have risen exponentially.

And the jackpot is juicy.

According to PwC Research, gambling is a multibillion-rand industry in South Africa, one that brought in close to R30-billion in gross earnings in 2018.

While this figure includes sports betting, horse racing and even bingo – the largest portion of revenue is drawn from casinos.

The industry’s earnings are projected to reach nearly R35-billion by 2021, according to the PwC report.

The Casino Association of South Africa (Casa) has been very vocal about online gambling. It claims it is neither for nor against legalising online gambling, but something has to give.

Casa argues that legitimate operators’ compliance with local gambling laws means they are in effect being punished. The cost of compliance, a substantial tax burden, and strict conditions are linked to operating licences.

And there is more to come. The 1% “gambling levy” announced in the Budget speech – to mitigate the negative effects of excessive gambling – will add to their regulatory burden, they say. Extensive amendments proposed to the Gambling Act are also in the pipeline.

But Casa CEO Themba Ngobese says it’s not just about the company’s bottom line, but the knock-on effect on tax revenue, employment opportunities and the cash distribution to surrounding communities. NGB statistics show that about 4,000 jobs have already been lost to the unlawful industry.

Ngobese says policymakers need to decide whether they want to maintain the status quo, and take decisive action against illegal operators, or legalise it and subject it to an effective and credible legislative dispensation. Regulatory uncertainty is detrimental to the industry.

“This will also ensure that consumers are protected and that online operators contribute positively to the economy, as the current land-based licensed casinos do.”

The Department of Trade and Industry (DTI) thinks more rules and less gambling will do the trick. It issued a notice introducing the National Gambling Amendment Bill to Parliament in 2018. The bill targets related parties of gambling activities. It proposes confiscating illegal winnings from gamblers, fining the internet service providers that knowingly host illegal sites, and forcing banks to monitor and block payments to and from online operators.

The chief director of policy and legislation at the DTI, MacDonald Netshitenzhe, said the introduction of another form of gambling is not a good idea. Even if it has a positive impact on the economy, the negative social consequences far outweigh the benefits.

He said policymakers should rather focus on building capacity and putting systems in place to combat illegal gambling.

The proposals did not pass regulatory muster of the National Council of Provinces. So it is back to the drawing board. It was announced in Mid-July that the bill will be re-tabled and the process started afresh, according to Mandla Rayi, chairperson of the Trade and Industry, Economic Development, Small Business Development, Tourism, Employment and Labour Select Committee.

Casa CEO Ngobese says the bill raised multiple red flags for the industry. One was the proposal to replace the NGB with a National Gambling Regulator (NGR).

“While Casa shares the apparent misgivings as to the NGB’s effectiveness, it is doubtful the NGR will be any more effective, given that it will be performing the same functions but with added responsibilities,” he says.

“We also believe that replacing a collective decision-making body with an individual will result in less capacity and, more worryingly, less legitimacy.”

He says another concern was around the amendment to Gauteng gambling regulations to change the way casinos are taxed in the province.

“Whilst this particular amendment is specific to Gauteng, its approval could pave the way for other provinces to change their regulations, fuelling a tax war in which the casualties would be jobs, investment and, ultimately, growth.”

Meanwhile, the million-dollar question is whether decriminalisation should or could be considered. Although previous attempts by politicians and lobbyists to legalise online gambling have failed, the Gambling Review Commission (GRC) recently made a recommendation to this effect. It stated that legitimacy would allow the government to monitor and regulate the industry effectively. The statement from the GRC has been met with a firm rebuttal from not only politicians but the NGB as well.

Finalising the 10-year overdue Gambling Bill – to regulate the multibillion-rand online gaming sector, “which we don’t receive a single tax cent for” is one of the top priorities suggested for Minister Ebrahim Patel by the Democratic Alliance.

Now, why wouldn’t SA want to tap into a little of that?

This article was published by The Daily Maverick, and written by Ruan Jooste. If you are the owner or have the rights to this material, and wish to have it unpublished from Arabicasino, please contact us by clicking here.

4 reasons why Jackpotcity casino is made for Arabs