Saudi Arabian Public Investment Fund holding company Savvy Gaming Group is currently waiting for regulatory approval to buy ESL Gaming and FACEIT for $1.5 billion. A Cologne-based German esports organizer and production company, ESL Gaming hosts video game competitions worldwide. FACEIT is a UK-based esports platform and the two firms are set to merge. They will be combining to become the ESL FACEIT Group as part of the PIF acquisition.

ESL Gaming hosts Counter-Strike: Global Offensive, Dota 2, Gears of War, Overwatch, and Rocket League, along with many other eSports tournaments popular with players as well as sports betting in Saudi Arabia. The business also gives Dreamhack LAN events a place to unfold after a merger in 2020. Players and game developers use the FACEIT platform for tournaments, matchmaking and anti-cheat protocols.

The respective Chief Executive Officers for both companies, Craig Levine and Niccolo Maisto, will co-chair the new organization formed as a result of the merger.

The new Group plans to allow games and players to seamlessly transition from informal contests to arena events on a single platform. The company wants to host major, minor, and recreational leagues for every eSports. Its heavy involvement in CS: GO is also set to continue, with the aim of increasing the stability of the scene in the USA. More competitions will become available, incentives for professional teams will rise, and the game’s current infrastructure will improve.

The next ESL Event on the eSports calendar is the $1 million CS: GO Championship. It will take place at IEM Katowice 2022 on the 25th of February 2022.

Founded in 2021, Savvy Gaming Group aims to promote long-term eSports game development and growth. The company is 100% owned by the PIF, controls as much as $500 billion of Saudi Arabia’s wealth, and has Crown Prince Mohammed Bin Salman overseeing its operations. Brian Ward is the company’s CEO. Ward previously worked at Activision Publishing Inc. and helped guide Blizzard during a merger in 2008 that resulted in Activision Blizzard. Ward has also spent time as a Studio Business Director at EA and Microsoft.

The PIF got caught up in some controversy in 2021 when it directed the group takeover of Premier League Newcastle United Football Club. Amnesty International was one of its biggest detractors, calling the action “Sportswashing”. This is defined as eminent sporting events and teams getting used to divert attention away from human rights violations.

In this case, reference was being made to the Saudi Arabian practice of putting protestors and activists behind bars. The Premier League, however, was quick to advise that there was a legal framework in place to stop any attempts at controlling The Magpies.

Amnesty International, on the other hand, was having none of this and responded to this statement by the League in October last year. The non-governmental organization insisted that this change of ownership was very much about managing the Saudi government’s public image. They called on players, football fans, and team backroom staff to take a look at the state of human rights in the Asian country going forward. 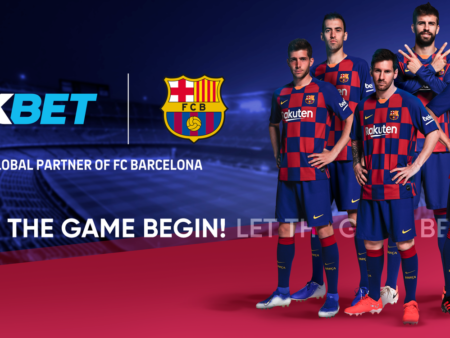 Sports News
1xBet and Barcelona partner up
4 years ago