Rumours have long been circulating that the United Arab Emirates (UAE) would finally allow gambling. Now in a landmark announcement, the rumours have proven true although it is only one of seven sheikdoms that are taking the plunge, with the others yet to make any announcements on the topic. Regardless, it is a multi-billion dollar partnership with Vegas-based Wynn resorts that is acting as the catalyst for the development.

A spokesperson for Ras al-Khaimah made the declaration, meaning that well-known regions such as Dubai and Abu Dhabi will finally have the chance to enjoy gambling. Whether the other emirates follow suit remains unknown, but they will be feeling the pressure now more than ever.

It has taken some time for news of the partnership to become official. There was at first some confusion, with Wynn Resorts and Ras al-Khaimah using the word ‘gaming’ broadly. The Associated Press repeatedly asked for more information from the Tourism Development Authority, only to get denied. However, a statement has been made, confirming that ‘gaming’ does include real money games of chance.

Meanwhile, the spokesperson for Wynn Resorts, Michael Weaver, is remaining tight-lipped. Any questions directed at him are immediately referred back to authorities in Ras al-Khaimah. With consideration that Wynn Resorts filed with the U.S. Securities and Exchange Commission, it’s almost certain that the partnership is now final.

Not Opening Until at Least 2026

Many casinos around the world were hard hit by the world health crisis but for Wynn Resorts, the tables are officially turning. After confirmation of the partnership, the company saw its stock rise by as much as 2%, now sitting at $86.46.

This is particularly impressive given that the new resort has yet to even be fully designed. The locally-based Marjan has been confirmed as the developer of the project, though apparently is still a long way from any real construction. A spokesperson for the company declared that the resort is still in the early stages, and likely won’t be complete until 2026.

Raising the Profile with Gambling

Looking closer at the region, Ras al-Khaimah is located at the northernmost point of the UAE. The name translates directly to ‘the top of the tent,’ referring to the geographical location.

Currently, nearby Dubai is the leading tourism destination, although that may soon change. Ras al-Khaimah has made it clear that it intends on raising its own tourism profile, hence directly competing with Dubai. So the move to adopt gambling is primarily a means to fuel the tourism competition. Of course, beating Dubai is not going to be a small task by any means.

Dubai enjoys tourists from as far abroad as the United Kingdom, Russia, Egypt, and even India.

The Slots on Queen Elizabeth 2

It was long rumoured that Dubai would adopt gambling, with speculation stretching back as far as 2004. However, since then, nothing has occurred, with many believing that Sheikh Zayed bin Sultan Al Nahyan, the late first president, was not happy with the idea.

Even still, rumours kept circulating more so when the British ship Queen Elizabeth 2 was transformed into a Dubai hotel in 2018. Many noticed that deactivated slots remained on the ship, seeming to suggest that they may soon become operational.

What is it about casinos that have kept them out of the UAE for so long? Although online casinos in the UAE are available, land-based venues have simply not materialized. This is due to the fact that gambling comes with many risks. Although casinos do help with tourism and generate revenue, they are also closely linked to money laundering. It’s known that drug traffickers, terror financiers and war profiteers use casinos to clean dirty money. These are the undesirable groups also known to already use the Dubai real estate market to store assets.

It remains to be seen whether the new Wynn Resort will be able to avoid these sorts of problems. 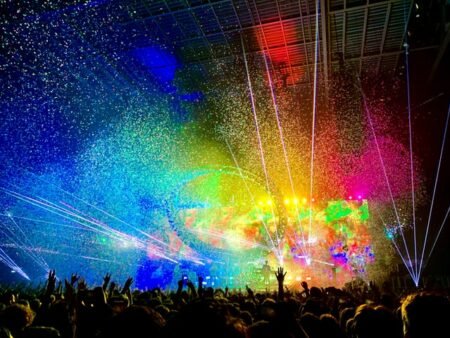 News
POPC Live! to be Hosted in Dubai, the biggest Pop Culture Festival in the Middle East
12 months ago